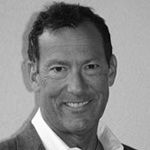 Mr. Maher is an economic geologist with over 40 years of experience in the international mining and exploration industry.  Prior to joining PPX in 2013, Mr. Maher was the President, CEO and Director of Prodigy Gold Inc. where he guided the company through a period of expansive growth, culminating in the $341M acquisition of Prodigy Gold by Argonaut Gold in 2012.  Mr. Maher received his BA degree (Geology) from the California State University, Chico in 1980 and his MSc. degree (Economic Geology) from Colorado State University in 1983. In 1982, Mr. Maher began a 16-year career with ASARCO Inc. Mr. Maher initiated, designed and supervised exploration programs for gold and copper deposits in a variety of geologic environments throughout North and South America. From 1998 through 2002, Mr. Maher operated a successful geologic consulting business, emphasizing geologic modeling, resource estimation and business planning, to multiple junior, mid-size and large mining organizations.  Between 2002 and 2004 Mr. Maher was Project Manager for Metallic Ventures Gold Inc., supervising underground and surface exploration, mine development and operations at an underground gold mine in Nevada. In 2005, Mr. Maher joined Hochschild Mining PLC. At Hochschild, Mr. Maher was involved in all aspects of the company’s North American exploration program, serving as the Exploration Manager for the US, Canada and Mexico. Responsibilities at Hochschild included supervision of exploration and mine development programs, economic analysis of acquisition candidates and developing new corporate strategies. 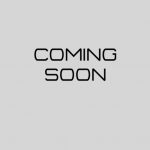 Natasha is a Managing Director of Malaspina Consultants Inc., an outsourced CFO, operational accounting and consulting firm based in Vancouver, British Columbia. Natasha is a graduate of the Sauder School of Business at UBC and received her Chartered Accountant designation in 2007. 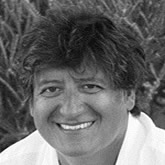 Hector Paredes Tarazona is a Professional Mining Engineer with over 25 years work experience in the mining sector as Chief Mining Engineer, Operations Manager, General Manager, Country Manager, Regional Managing Director and Chief Operations Officer (COO), acquiring knowledge and insight in all key areas of mine management and business development. Hector has strong technical, management, negotiation and business development expertise having travelled and worked extensively in the Americas and Africa. Areas of particular expertise include: 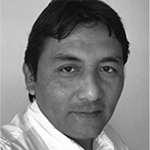 Marcial is a Professional Peruvian geologist having graduated in 2006 as a geological engineer from the Universidad Mayor de San Marcos. Marcial has worked throughout Perú, with over 15 years of experience in exploration and mining for both large international mining companies, as well as the Junior mining segment with a focus on the geological and economic evaluation of epithermal Au-Ag deposits and Cu-Au porphyries including Lagunas Norte (Barrick Misquichilca) and Chucapaca Project (Goldfields/Buenaventura). Marcial was instrumental in the discovery of high-grade Au and Ag resources in the Callanquitas Structure at Igor (2012) and leading the technical team for the Pre-Feasibility study of the Igor Project (PPX 2017/2018). Marcial was responsible for the planning, direction, supervision, and monitoring of exploration programs for PPX, in harmony and care for the environment and the social impact of all mining/exploration activities.

BOARD OF DIRECTORS
MANAGEMENT
CORPORATE DIRECTORY